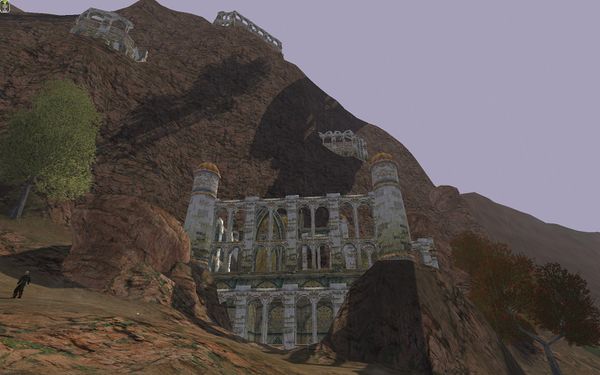 Minas Elendúr is a public dungeon within Redhorn Gate, in Eregion. [48.6S, 6.5W]

The entrance is found at most west Târ Stazg, on the hillside. The halls of Minas Elendúr can be freely accessed after accepting Volume III, Book 2, Chapter 6: Fúni Gem-cutter.

The "Room of Dread" inflicts +10 Dread. The dungeon also provides access to the halls of Delotham.

These deeds can be advanced by exploring Minas Elendúr:

The lore text for deed describes the history of the rooms within and the coming of war to the elves of Minas Elendúr and Delotham; see the deed.

Ghostly figures appear in many of the rooms as you enter them, a recollection of the battle that took place therein. 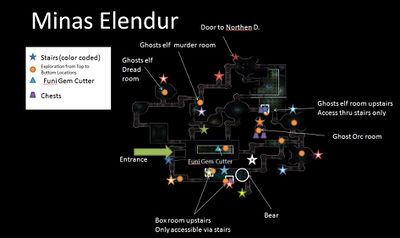 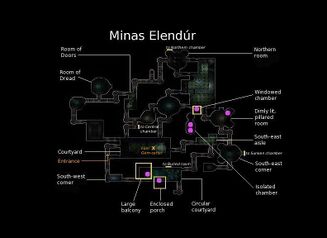 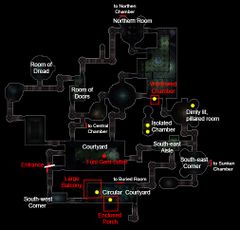