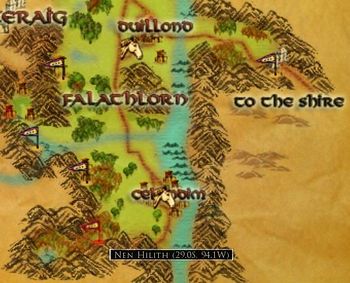 Several deeds require the discovery of landmarks by exploration.

Note that red flags on the World Map are only approximately located at the coordinates they indicate. Also note that not all Landmarks or Points of Interest are represented by red flags on the World Map, but they always read their names under the mini-map. However, Lotro-Wiki provides articles for some exciting and astonishing locations which are not 'officially acknowledged' as landmarks; they are categorized under 'Other Locations'.

For all settlements by area