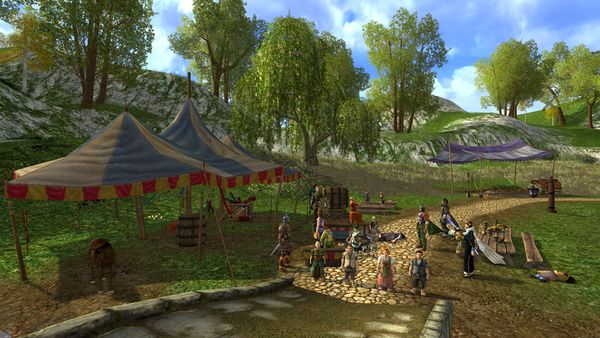 The Taste of Hobbiton is a special festival only instance somewhere in the Shire.

Somewhere in the Shire many Hobbits have gathered for a special event of the festival, a combination race and eating contest. This public instance playground was introduced summer festival 2012 the content and NPCs were relocated from the Hill to this location, which looks more like somewhere in the White Downs of the Delving Fields, maybe near Little Delving. In 2020 this content was merged with farmers faire and the summer festival was removed.

The race has four contestants. Choose one with the Race-master, Bando Brandybuck. If your chosen contestant is first to the finish line, you win six Farmers Faire Tokens which you claim from Bando Brandybuck, but if you lose you may collect one or two tokens from the Consolation Present standing nearby. He also barters tokens for many items related to the current farmers faire. Caution: claim your prize quickly....if you delay and the contestants reappear for the next race, you forfeit any prize. 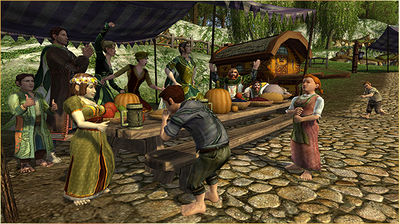