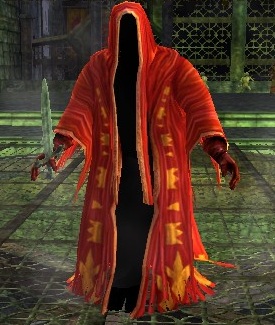 Unseen are creatures of great animosity toward the peoples of Middle-earth. They are dark beings of both illusion and wraith. The Unseen exist primarily in the Wraith-world, a spiritual plane of existence separate from the physical (or Seen) world. Most Unseen are neither living nor dead but instead linger in a state halfway between. Others are simply phantom-like illusions conjured by sorcerers to disguise themselves or to attack and perplex their enemies.

The Nazgûl, as they are known by their ancient name, are the shadowy figures of nine ancient kings of Men, now enslaved to the One Ring and to the Dark Lord Sauron.

The types of unseen encountered are: