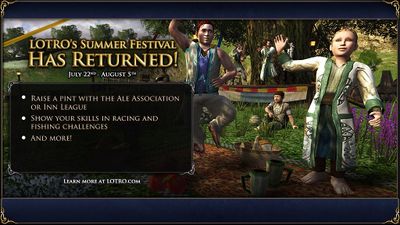 The Summer Festival is a special event taking place between July 22 and August 5, 2015, to celebrate the season of Summer in Middle-earth. There are various events to participate in that award Summer Festival Tokens which players can exchange for cosmetic items, decorations, steeds and more.

In addition to the events and rewards of previous Summer Festivals, this year introduces the all-new Nárië Celebration cosmetics.

Nárië is the sixth month of the Steward's Reckoning calendar of Gondor, running between May 23 and June 21.[1]

Where: Bywater (for starters)
Beginning in Bywater, you will have the opportunity to do some exciting angling in several different areas of Middle-earth. 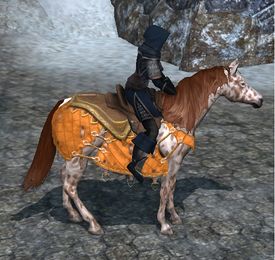 The new Steed of Nárië and caparison