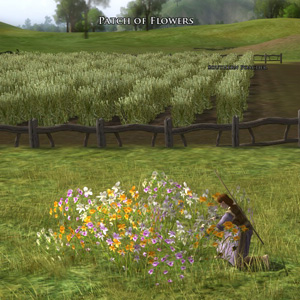 Love is in the air
Spring must be here!
Secret admirers in our mailboxes
Gifts waiting to be opened

Kegs of brandy for all to share
In our homes or our Kin Halls
Time for a break from long battles
Enjoy the Spring Festival!

The Free Peoples of Middle-earth have been eagerly awaiting Spring’s balmy kiss, and at last it has arrived! It's time for the first annual Spring Festival starting March 7th.

There's plenty to do this time around so no worries about finding something to do this spring! There's the usual festivities being held at the fairgrounds around Middle-earth, along with more exciting new quests.

Love is in bloom! Head to Bree to help with affairs of the heart.

Get into the spirits! The Tavern League is back for another round with new shenanigans.

Send a note of affection to that special someone… or maybe even catch the attention of a secret admirer!

Pick some flowers for the festivities! Heroes picking flowers? Well yes, someone has to do it!

One of the more predominant activities this Spring Festival was to run around picking flowers. If you take the time to do so then you will be rewarded with different colored gift boxes. Inside those boxes are special items!

Marigolds from the stone circle north of Michel Delving.

Violets from the stone circle outside Bree's West gate.

Primrose flowers from above Celondim. 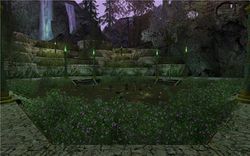 At The Shire Race-track and Festival Grounds