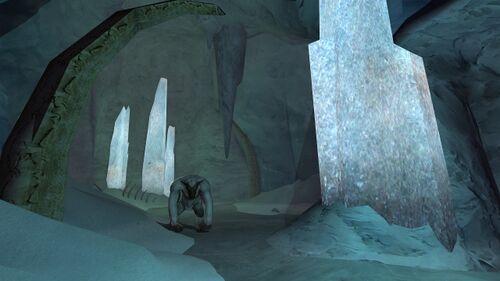 Peikko Cave is a landmark and Public Dungeon within Länsi-mâ in Forochel. [9.5N, 79.8W]

This cave is located at the foot of the mountains east of Zigilgund. A large population of peikkos have found shelter within the icy tunnels, deepest of which, their matron has claimed has her chambers where she feasts away on unfortunate mammoths. Since "peikko" is Finnish for "troll" this cave may also be called "Troll Cave". The cave is noteworthy for not just the mammoth tusks and bones that litter the cave, but also the massive crystals that protrude from cave's floors. 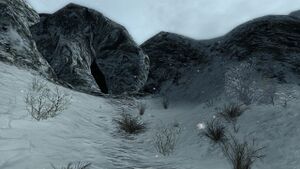 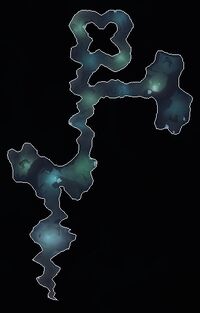 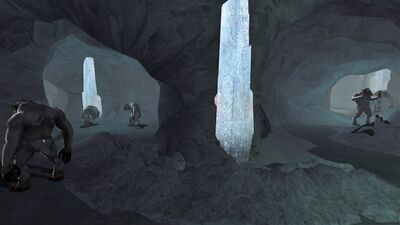 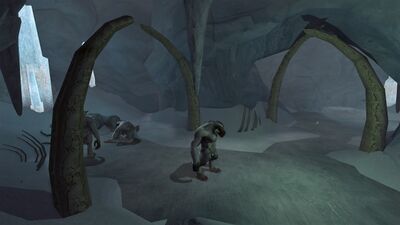 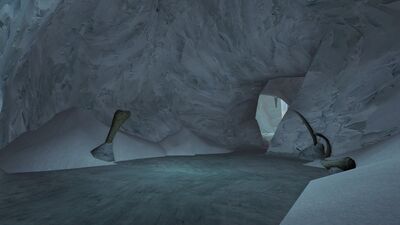