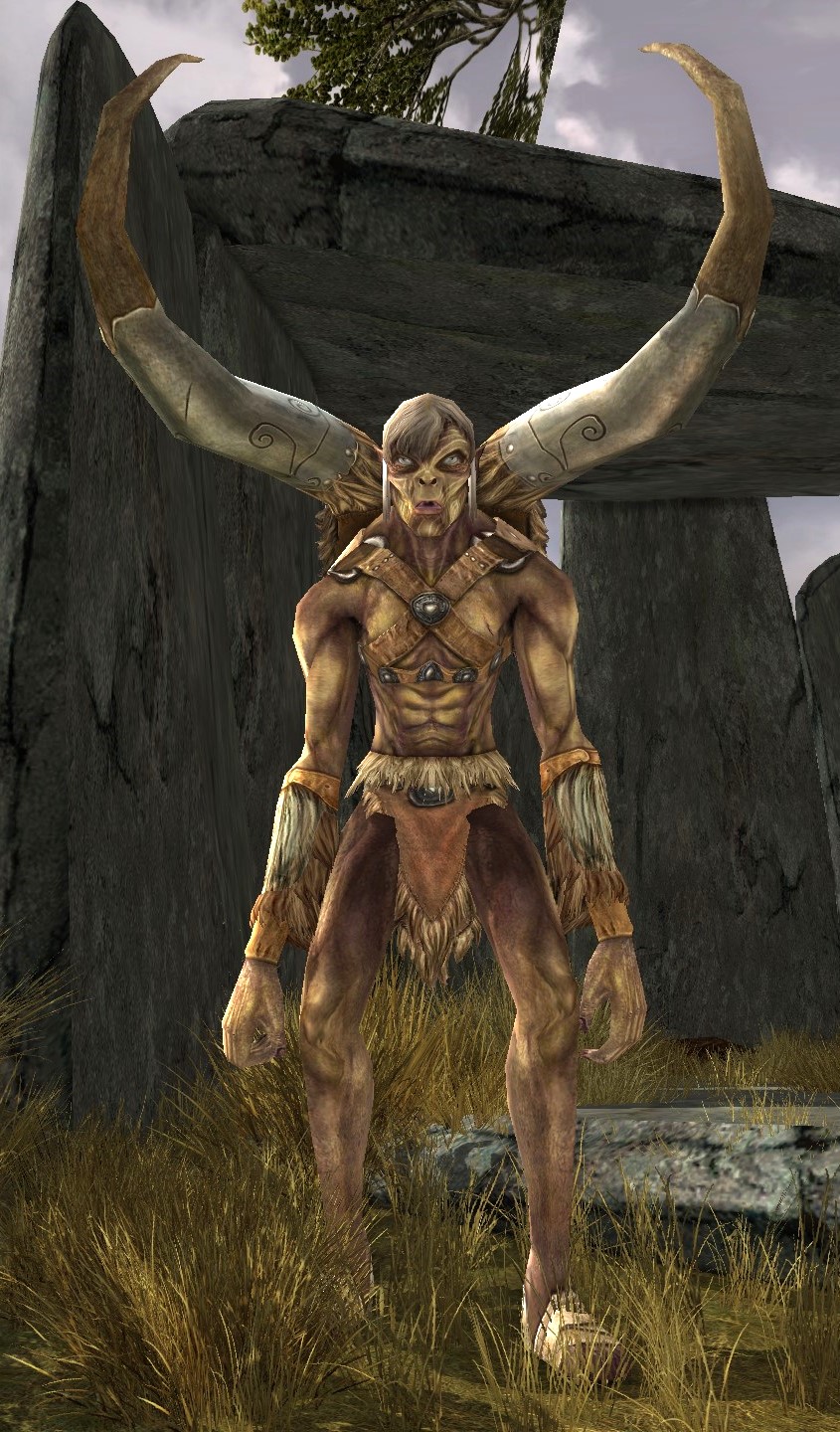 Ogres, also known as the Jorthkyn or Earth-kin, are a branch of the race of Giants. Unlike the Stone-giants of the Misty Mountains, the Ogres are lankier and gaunter of face and possess tanned, leathery skin. They usually remain aloof from the affairs of Middle-earth, caring little for the wars and politics of the "Small Folk." However, some Ogres have been lured into the service of Angmar through deceit or the promise of winning back lost lands. Other tribes of Ogres remain neutral in the war but can be befriended by adventurers who win their trust by performing quests.

Ogres are found in Nan Amlug East in The North Downs, the Tornstones in the Lone-lands, and Ram Dúath in Angmar. The unfriendly tribes of Ogres, such as the Rauta-lehmä, are always aggressive. They are weak to Tactical damage.

J.R.R. Tolkien briefly mentions Ogres in his works as creatures of Hobbit folklore. Like the similar Stone-giants, this has led many readers to debate their actual nature and existence within Middle-earth.

The Lord of the Rings Online expands upon Tolkien's scant descriptions to present several tribes of Giants within the game world, with Ogres being one such tribe. They are referred to as Earth-kin, in reference to the Giants' connection to the earth or to Mother Earth in various world mythologies.