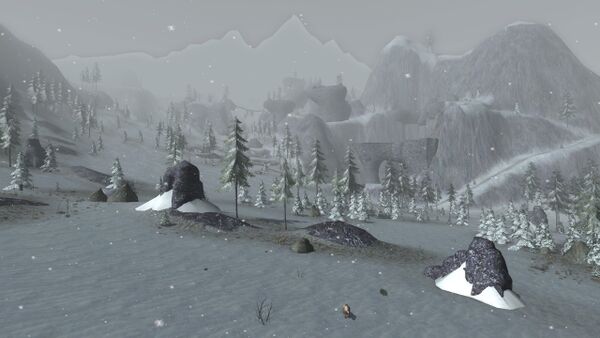 North High Pass is an area within the Misty Mountains in the north-eastern region.

The name implies that this area was nothing more than a travelers route, high up mountain passes once were connecting the western realms with northern-most Rhovanion and the Lonely Mountain beyond. However, this couldn't be further from the truth, as it is the most renowned area of the Misty Mountains. That is because a curious throng traveled through quite some time ago, on the Quest of Erebor and unexpectedly came across, or rather was dragged into, a kingdom of goblins which exists yet today. In fact, travel of any kind through the area will be met with aggression from either the many patrolling goblins or the packs of wargs that inhabit the area.

This is the north-east-most of all areas of the Misty Mountains, connected only to its southern sibling, South High Pass, and Eastern Bruinen Source. Despite this, it is debatable that is the most densely inhabited part of the Misty Mountains, whether by enemies or allies. Many leagues of goblins can be found throughout the area in their camps as expected due to the infamous Goblin-town being located here. Packs of wargs can be found amidst the long abandoned, Giant ruins of Starkhath and Dómstoll.

Though adventurers must watch out for the goblins and wargs in the vale, hunters will find plenty of meat and hide from the reindeer and mammoths grazing about. The area is characterized by narrow rifts and rocks and boulders covered with high-up bodies of snow. Trees and bushes are sparse, not withstanding blistering storms reminiscent of a legendary blizzard which wiped out the inhabitants of Hrimbarg long ago. Travelers may wish to wait on these storms as visibility drops to virtually zero.

Services and travelling means can be found at Vindurhal and Hrimbarg, as well as a small camp set up by Glóin at themain gate of Goblin-town. Reaching this area by foot is easiest via a winding path that runs through Cirith Daur from the eastern slopes of Eastern Bruinen Source. [31.7S, 2.3E] 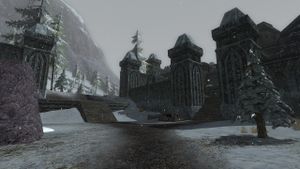 These landmarks are located within Northern High Pass: 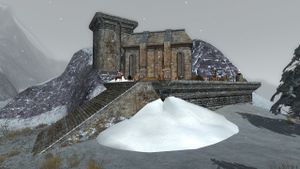 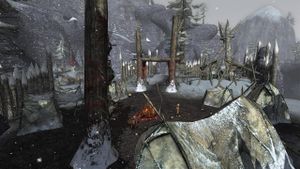 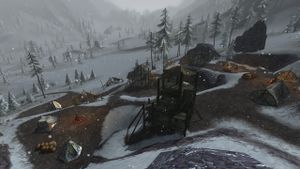 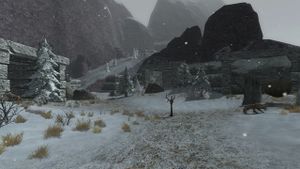 "Bilbo knew that something unexpected might happen, and he hardly dared to hope that they would pass without fearful adventure over those great tall mountains with lonely peaks and valleys where no king ruled. They did not. All was well, until one day they met a thunderstorm - more than a thunderstorm, a thunder-battle. You know how terrific a really big thunderstorm can be down in the land and in a river-valley; especially at times when two great thunderstorms meet and clash. More terrible still are thunder and lightning in the mountains at night, when storms come up from East and West and make war. The lightning splinters on the peaks, and rocks shiver, and great crashes split the air and go rolling and tumbling into every cave and hollow; and the darkness is filled with overwhelming noise and sudden light.

"Bilbo had never seen or imagined anything of the kind. (...)" — The Hobbit, by Tolkien 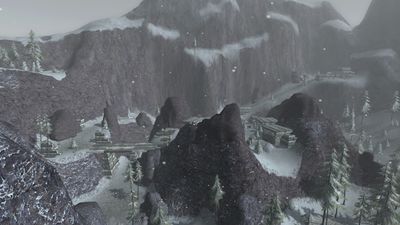 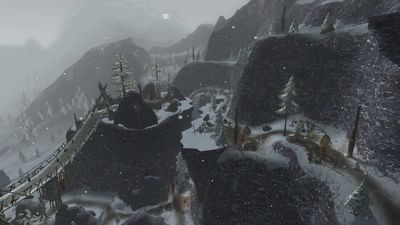 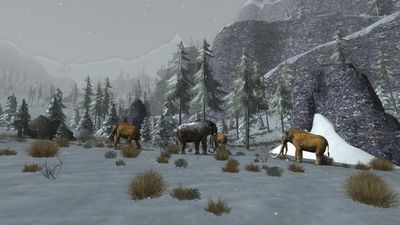 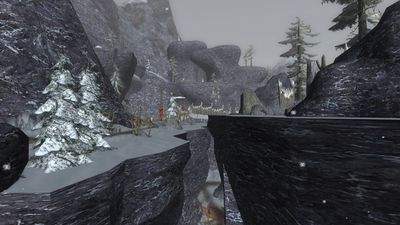 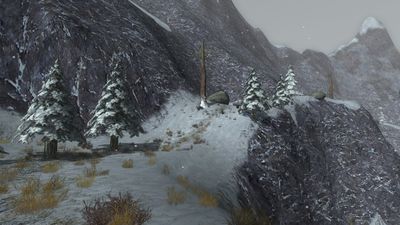 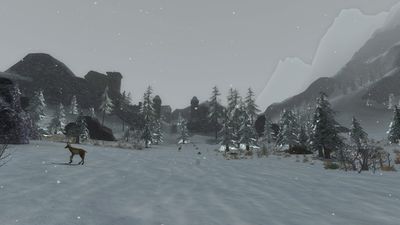 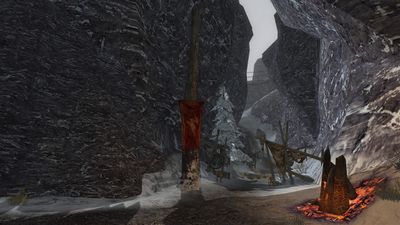