This page is about the Angmar location. For the Plateau of Gorgoroth location, see Grishbalt (Gorgoroth). 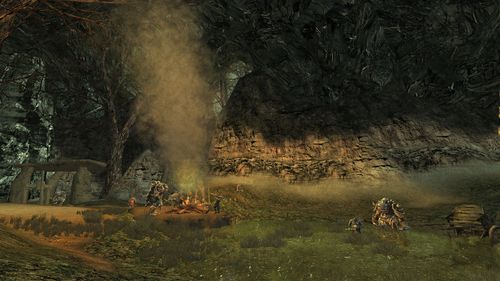 Grishbalt (Black Speech for Blood-marsh) is a landmark within Eastern Malenhad in Angmar. [2.6N, 24.8W]

Located in the north-eastern Malenhad, with an entrance also in Gorothlad, lies this large camp tucked under a cave formed by jutting rocks. Here a large population of orcs and trolls dwell together in an unholy mix under Angmar's rule. They have stationed her several siege weapons that were constructed using the lumber gathered at Ongbishúk to south. They plan to use the weaponry to attack the dwarven mining outpost of Gabilshathûr that one of their scouts recently discovered. The orcs here put up no more of a fight than the usual orc, however, due the density of them, as well as their troll allies, the lone adventurer would do well to use caution. 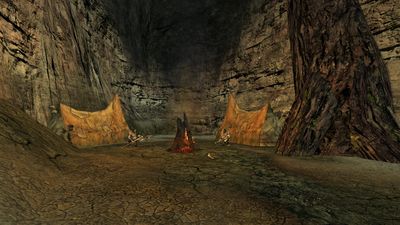 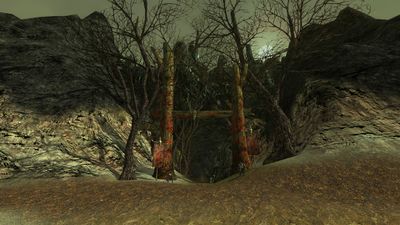 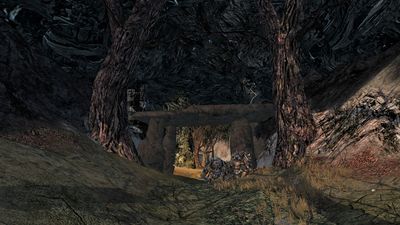 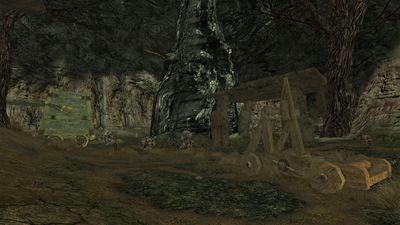