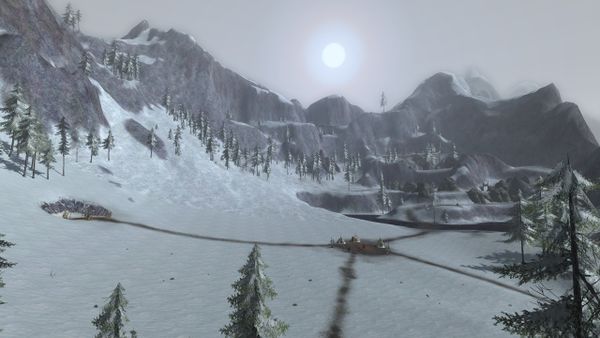 Eastern Bruinen Source is an area within The Misty Mountains in the northern region.

This area is in the northern centre of the Misty Mountains, connecting to four other areas through a well-beaten path to High Crag defended by huge snow-bears and hawks, as well as the narrow passes of Nan Gongarag, Whitcleft, and Cirith Daur. The latter can be tricky to spot on the map but begins at a trail in the eastern reaches. [31.7S, 2.3E]

Eastern Bruinen Source is a wide vale surrounded by steep and icy mountain faces. Here a large population of goblins, like hailing from Goblin-town to the east, have set up many small camps as well as a large fort from which they seek to press back the Longbeards. Throughout the expanses vicious wargs are prowling for the unaware, and some snow-mantles seek shelter in the sparse groves of spruce when they aren't grazing in the open fields.

All landmarks are found in the southern section of the vale. In the south-west, overlooking the Caldwell Pool, lies a Camp Site Fire, though without any mustering horn. It is just north-east of Whitcleft, but is not directly accessible from there. No services or NPCs can be found in this area, making it more remote than the surrounding areas. 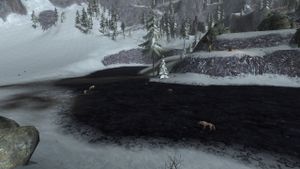 These landmarks are located around Eastern Bruinen Source: 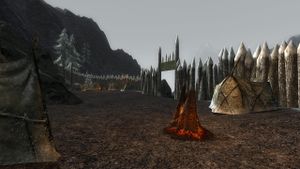 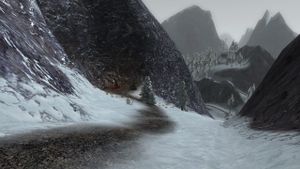 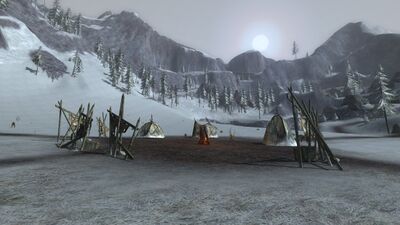 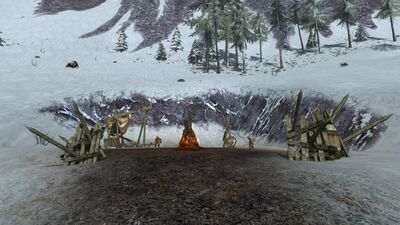 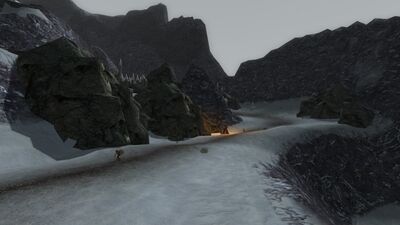 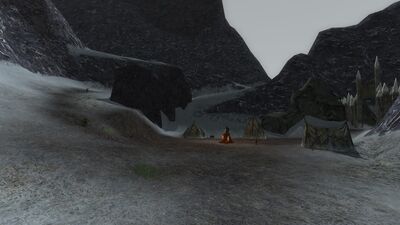 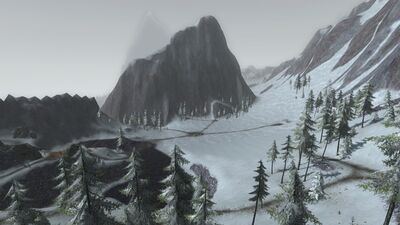 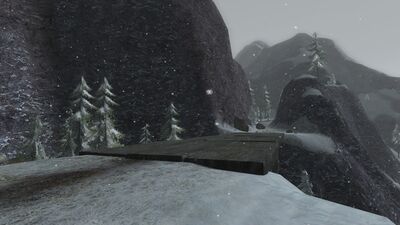